The Adventures Of Tintin
Qurator Score
10
All (1)
0

10
Score: 54% Best Streak: 4
The Adventures of TinTin is one of the most popular, adventurously entertaining, super fun, and very best movies of 2011. Not only it’s one of the greatest animated movies created by Paramount and Nickelodeon, it stands as one of the greatest animated movies ever made in the 2010’s decade! An adventurous surprise of excellence that puts together the best to create the best! Widespread critical acclaim go to the direction, screenplay, animation, visuals, action, music, and the voice acting!!!!! 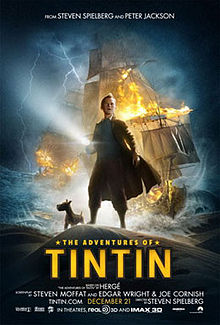