10
Score: 100% Best Streak: 6
Andrei Rublev is one of the most popular, academically insightful, culturally & aesthetically significant, and very best movies of 1969! Not only the movie is one of the greatest biographical/historical movies of all-time, it’s standing before the test of time as one of the greatest movies ever made in the 1960’s decade! Widespread critical acclaim go out to the direction, screenplay, themes, historical accuracy, cinematography, production design, pacing, score, and the cast’s performances!!!!! 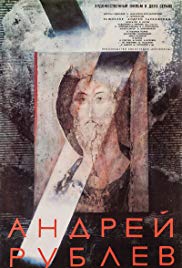