Director
Ingmar Bergman
Duration
83’
Writer
Ingmar Bergman
Casting
Bibi Andersson, Liv Ullmann, Margaretha Krook
A nurse is put in charge of a mute actress and finds that their personae are melding together.

10
Score: 85% Best Streak: 6
Persona is one of the most popular, culturally significant, and very best movies of 1966 as well as one of the most controversial & disturbing movies of all-time and one of the greatest movies ever made in the 1960’s decade! A riveting connection between two characters with a very unorthodox relationship that explores significant themes like motherhood and mythology. Widespread critical acclaim go to the direction, screenplay, themes, style, cinematography, and the cast’s leading performances!! 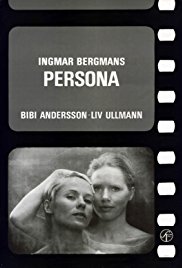