10
Score: 89% Best Streak: 6
The Usual Suspects is easily one of the most popular and very best movies of 1995 as well as one of the most influential and greatest movies ever made in the 1990’s decade! It’s a gripping and smart thriller that has all the characters fully developed and well-characterized, each have a clear objective and their obstacles are exactly the same, the story is put together very well! Widespread critical acclaim go to the direction, screenplay, twists, storyline, and all of the cast’s performances!! 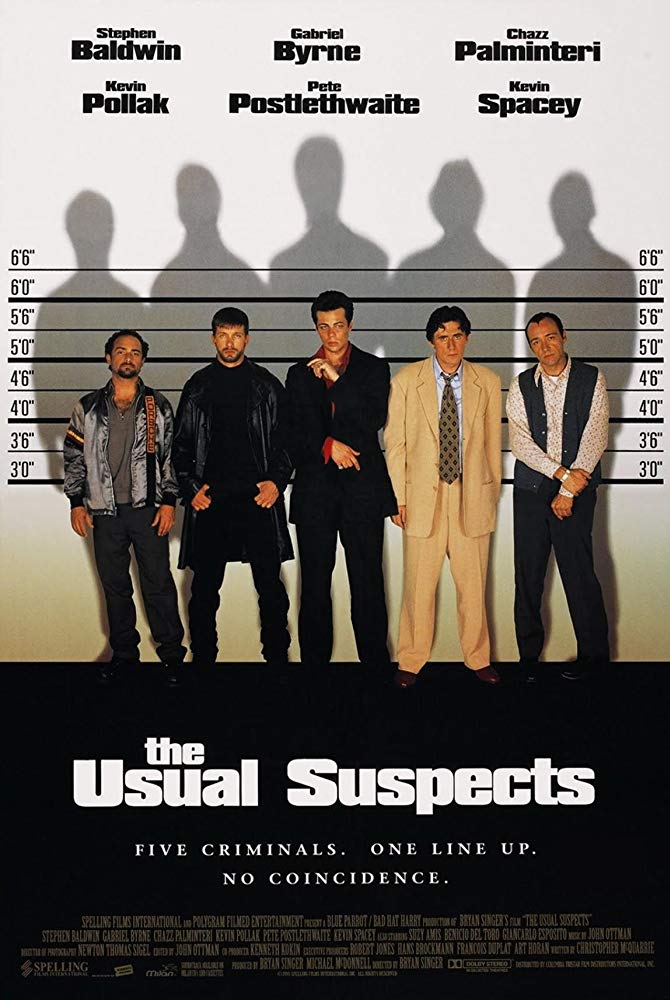