The Meyerowitz Stories
Qurator Score
10
All (1)
0

10
Score: 90% Best Streak: 14
The Meyerowitz Stories is one of the most independent, mentally painful, sophisticatedly glorious, and very best movies of 2017! It also stands as one of the best movies of Noah Baumbach’s career & one of the greatest movies ever made in Netflix history! The drama keeps boiling to it’s breaking point & at times quite funny with a side of smart. Widespread critical acclaim goes out to the direction, screenplay, and the cast’s performances (particularly Sandler, Stiller, Hoffman, and Thompson)!!!! 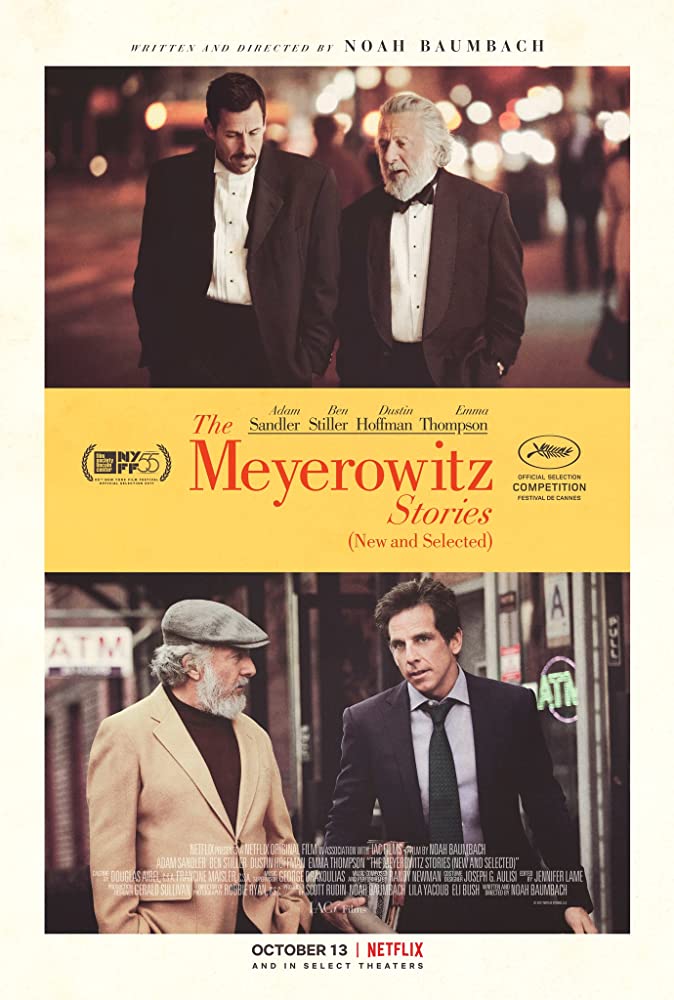