Director
Mati Diop
Duration
106’
Writer
Mati Diop, Olivier Demangel
Casting
Mame Bineta Sane, Amadou Mbow, Traore
In a popular suburb of Dakar, workers on the construction site of a futuristic tower, without pay for months, decide to leave the country by the ocean for a better future. Among them is Souleiman, the lover of Ada, promised to another.

10
Score: 80% Best Streak: 8
Atlantics is 100% one of the most popular, unfathomably magnificent with excellence, culturally impactful, and very best movies to wrap it up for the 2010’s decade in 2019! Mati Diop makes amazing history with a sensational directorial debut that comes with supernatural believability & limitless energy that strengthens this story! Widespread critical acclaim goes out to the direction, screenplay, characters, soundtrack, themes, cinematography, social commentary, and the cast’s performances!!!!! 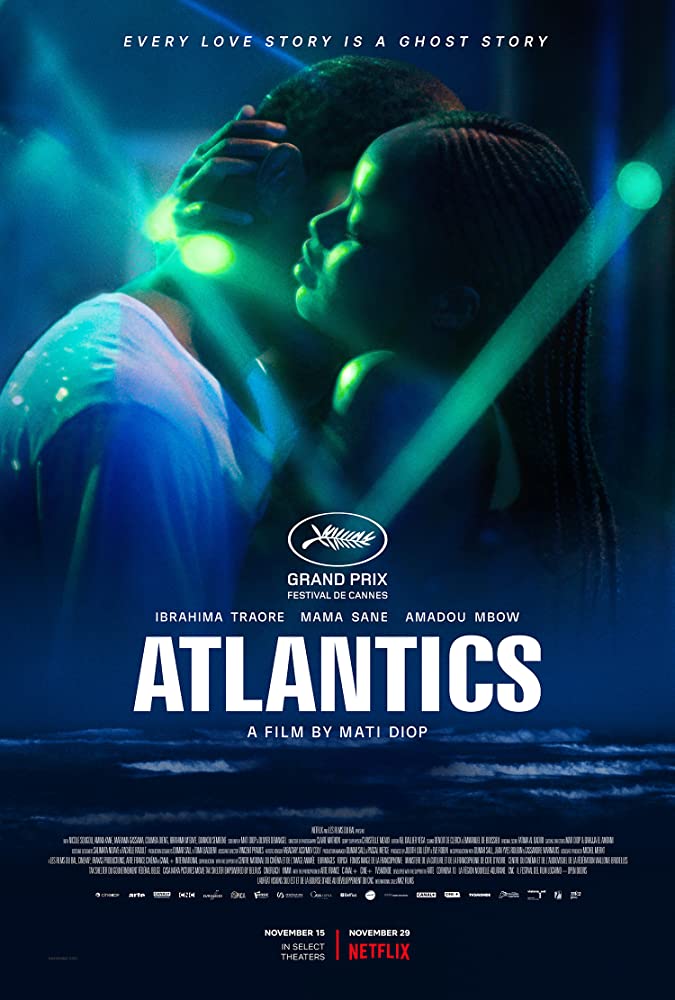