Director
Yimou Zhang
Duration
119’
Writer
Feng Li, Bin Wang
Casting
Ziyi Zhang, Takeshi Kaneshiro, Andy Lau
A romantic police captain breaks a beautiful member of a rebel group out of prison to help her rejoin her fellows, but things are not what they seem.

10
Score: 90% Best Streak: 18
House of Flying Daggers is one of the most popular, culturally & aesthetically significant, extremely powerful, and very best movies of 2004! Not only it stands as one of the greatest foreign language movies of all-time representing China, it’s hailed as one of the greatest movies ever made in the 2000’s decade! An epic love story that never misses a step. Widespread critical acclaim go to the direction, screenplay, cinematography, production, costumes, editing, and the cast’s performances!!!!! 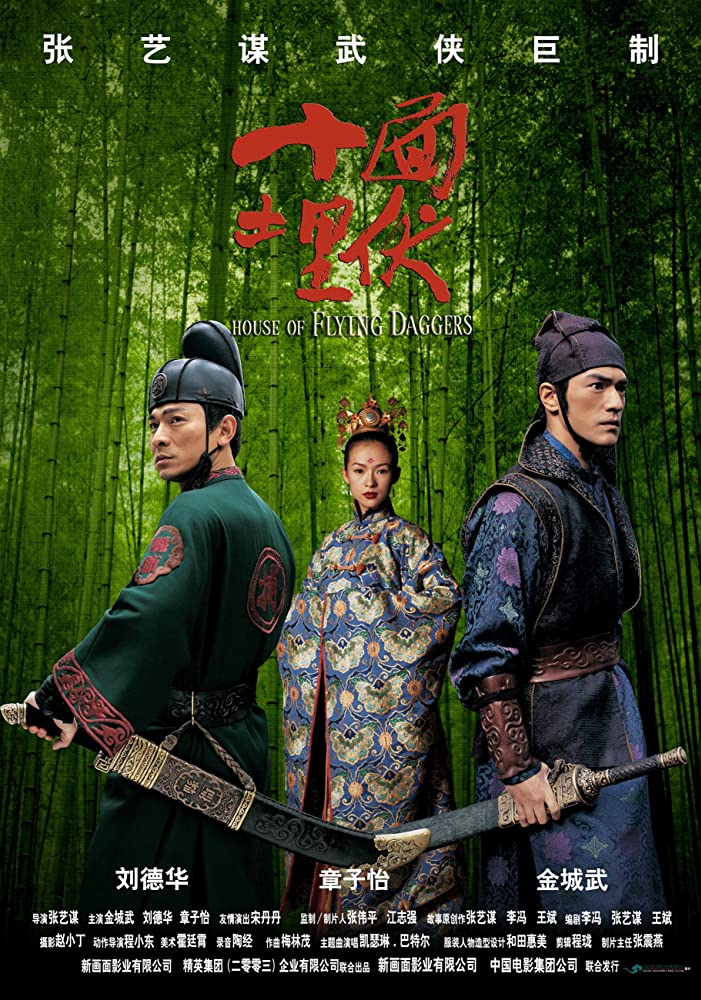