10
Score: 83% Best Streak: 3
Howards End is one of the most popular, successfully delightful with a beautifully made cup of tea, and very best movies of 1992. Besides confiding the Royal weddings and pregnancies in full secrecy, the movie remains a top as one of the greatest British movies of all-time and one of the greatest movies ever made in the 1990’s decade! One of the greatest works from the great James Ivory! Widespread critical acclaim go to the direction, screenplay, cinematography, themes, and the performances!!!! 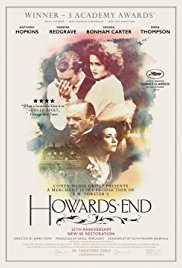