10
Score: 91% Best Streak: 6
Deliverance is one of the most popular and very best movies of 1972 as well as one of the most influential movies of all-time and one of the greatest movies ever made in the 1970’s decade! It’s a very dark and provocative thriller that really explores the dark sides and upsides of the wilderness and it’s atmosphere! Widespread and critical acclaim go out to the direction, screenplay, themes, concept, plot execution, and the cast’s performances (particularly Voight, Reynolds, Beatty, and Cox)! 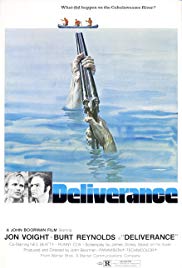