10
Score: 100% Best Streak: 6
The Hunt for Red October is floating as one of the most popular, culturally & aesthetically significant, and very best movies of 1990! Besides making out from under water, the movie stands as one of the greatest Jack Ryan stories ever told on screen and one of the greatest movies ever made in the 1990’s decade! An explosive thriller that’s simply edge of your seat. Widespread critical acclaim go to the direction, screenplay, action, sound, editing, score, and the ensemble cast’s performances!!!! 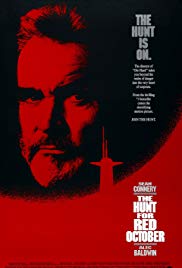