10
Score: 83% Best Streak: 4
The Last Emperor is one of the most popular, unbelievably flooded with excellence, and very best movies of 1987. The movie remains as one of the greatest international movies of all-time and one of the greatest movies ever made in the 1980’s decade! An epic icon of truthful and exact biography that follows accordingly. Widespread critical acclaim go to the direction, screenplay, cinematography, sound, score, editing, production design, costume design, and the performances (particularly Lone)!!!! 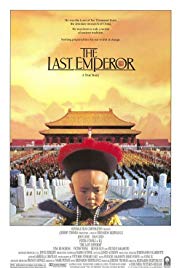