Director
Hayao Miyazaki
Duration
134’
Writer
Hayao Miyazaki, Neil Gaiman
Casting
Yôji Matsuda, Yuriko Ishida, Yûko Tanaka
On a journey to find the cure for a Tatarigami's curse, Ashitaka finds himself in the middle of a war between the forest gods and Tatara, a mining colony. In this quest he also meets San, the Mononoke Hime.

10
Score: 80% Best Streak: 4
This is probably the greatest animated film I have ever seen. Nearly all the characters are in a gigantic grey area, which makes more compelling then if it was just good guys vs bad guys. 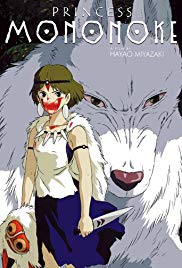