10
Score: 78% Best Streak: 6
The Gold Rush has once again established Charlie Chaplin as one of the greatest expressive actors ever in one of the most popular and very best movies of 1925 as well as a culture phenomenon within the silent film era! Everything Charlie Chaplin does in front of the camera never disappoints and continues to carry the story not on his back but on his face where all the storytelling is! Widespread and critical acclaim goes to the direction, screenplay, and the performances! Love the good old days! 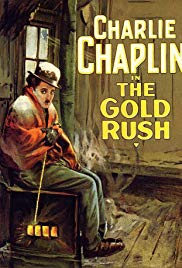