10
Score: 100% Best Streak: 6
Wild Strawberries is one of the most popular, intensely dramatic, and very best movies of 1957 as well one of the greatest cinematic works to be done by one of the greatest behind the camera Ingmar Bergman and one of the greatest movies ever made in the 1950’s decade! A triumphant victory on the road exploring the analytical journey of one’s sadness turned happiness! Widespread critical acclaim goes out to the direction, screenplay, themes, concept, dialogue, camerawork, and the performances!! 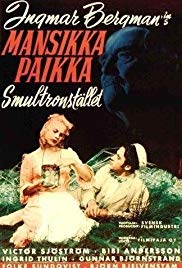