10
Score: 80% Best Streak: 4
Lock, Stock and Two Smoking Barrels is one of the most popular, crazingly hilarious, and very best movies of 1998 as well as one of the most influential movies in British cinema history and one of the greatest movies ever made in the 1990’s decade! It’s a wild & critical ride to the bragging tables as the objectives get more fun & the obstacles get more bloody challenging! Widespread critical acclaim go to the direction, screenplay, humor, and the performances (particularly Moran and Statham)! 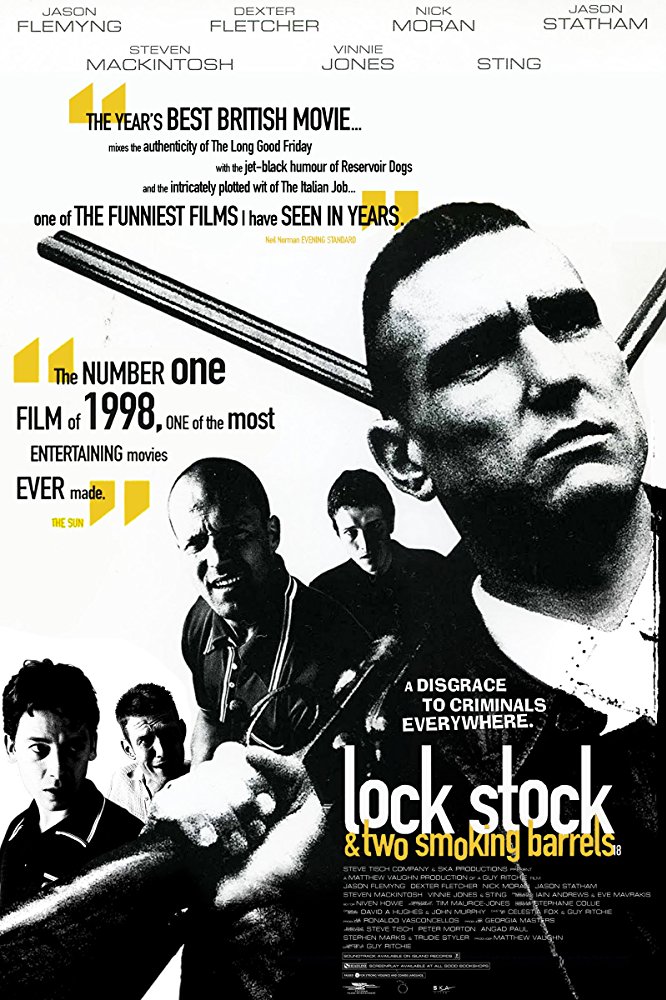