10
Score: 100% Best Streak: 6
Bonnie and Clyde is one of the most popular, savagely gangster, and very best movies of 1967 as well as one of the greatest movies of all-time and one of the greatest movies ever made in the 1960’s decade! It’s a triumphant shooter that really chronicles the ups and downs of America’s deadliest couple that brings the emotions in challengers and ease in objectives! Widespread critical acclaim go to the direction, screenplay, setting, costumes, cinematography, and all of the cast’s performances!! 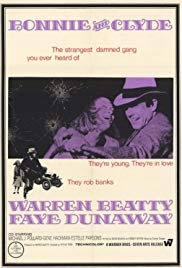