10
Score: 71% Best Streak: 7
Battle Royale is one of the most popular, crucially phenomenal, excruciatingly controversial, and very best movies of 2000! Japan has risen to the challenge of foreign language cinema but in a way that’ll indeed shock the world and make people scratch their heads like crazy. The portrayal as well as believability that this storyline carries brings a lot to the table for influence. Widespread critical acclaim go to the direction, screenplay, music, sound, editing, and the cast’s performances!!!!! 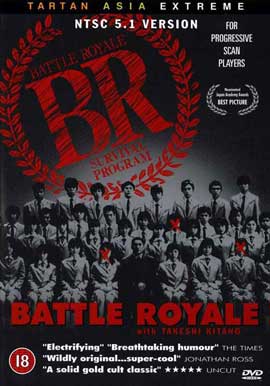