10
Score: 85% Best Streak: 8
Adventureland is one of the most popular, wildly entertaining, beautifully independent, and very best comedy movies to wrap it up for the 2000’s decade in 2009! Kristen Stewart creates another legendary collaboration with the always exemplary & extraordinary Jesse Eisenberg! Both characters bring to life such an amazing environment shining a light to responsibility, fun, and independence! Widespread critical acclaim go to the direction, screenplay, humor, themes, and the cast’s performances!!!!! 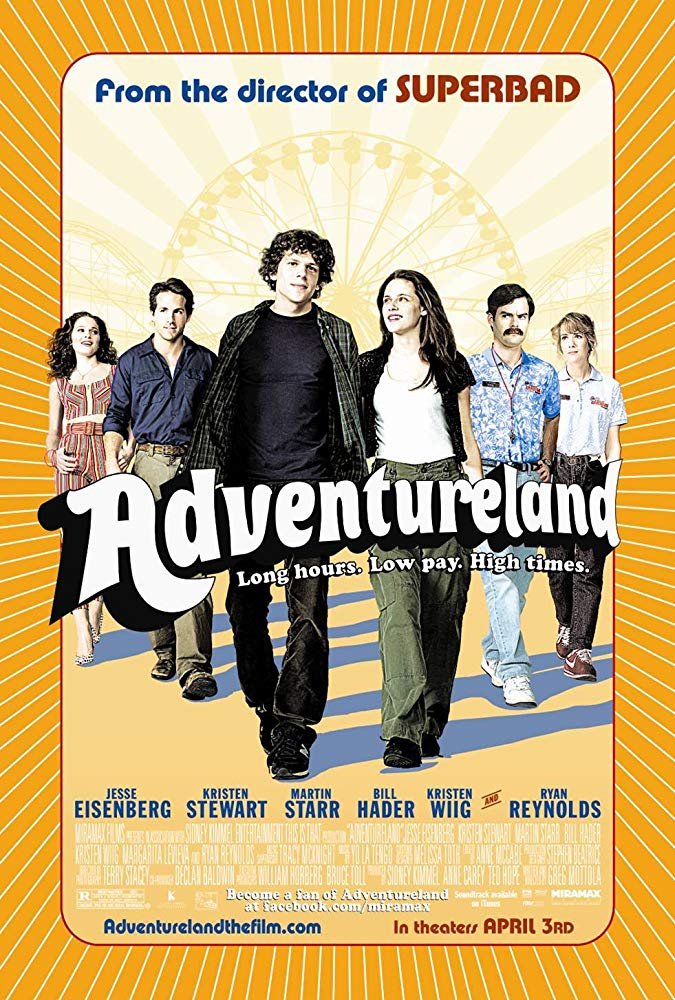