10
Score: 88% Best Streak: 5
Sanjuro is one of the most popular, culturally significant, and very best movies of 1962 as well as one of the greatest foreign language movies to originate from the country of Japan and one of the greatest movies ever made in the 1960’s decade! It’s a killer, insightful honor that is bought to the themes of objective connection and loyalty, both being explored super throughly! Widespread critical acclaim go out to the direction, screenplay, action, themes, combat, and the cast’s performances!! 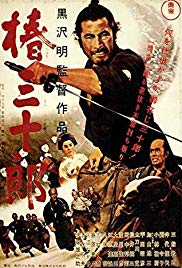