10
Score: 80% Best Streak: 3
Time Bandits is one of the most popular, extremely adventurous, and very best movies of 1981 as well as one of the greatest adventure movies in the history of Hollywood and one of the greatest movies ever made in the 1980’s decade! It’s adventurous and remarkable, in which the visual storytelling really brings the power of imagination to create such a magical story. Widespread critical acclaim go to the direction, screenplay, setting, storytelling, historical references, and the performances!!

A WORK OF ART! 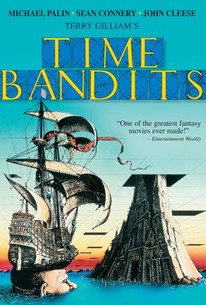