10
Score: 95% Best Streak: 19
La Haine is one of the most important, excruciatingly intense, culturally & aesthetically significant, and very best movies of 1995! Besides taking it’s place as one of the greatest foreign language movies of all-time representing France, it’s standing tall as one of the greatest movies ever made in the 1990’s decade! It’s a gritty thriller that’ll make cry so hard, it’s frightening. Widespread critical acclaim goes to the direction, screenplay, themes, messages, and the cast’s performances!!!!! 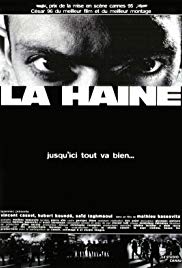