Director
Wes Craven
Duration
116’
Writer
Ehren Kruger
Casting
Neve Campbell, David Arquette, Courtney Cox
As bodies begin dropping around the set of "Stab 3", a movie sequel based on the Woodsboro killings, Sidney Prescott and the other survivors are drawn into the fray once more.

5
Score: 100% Best Streak: 15
The weakest of the original three films due to script issues and less creative/toned down kills, but it’s not as bad as it’s made out to be. The new cast is mostly forgettable and Neve Campbell is disconnected from most of the action due to being available for only 3 weeks. To its credit, the central concept and constant jabs at Hollywood are entertaining. Third act does have some good moments. 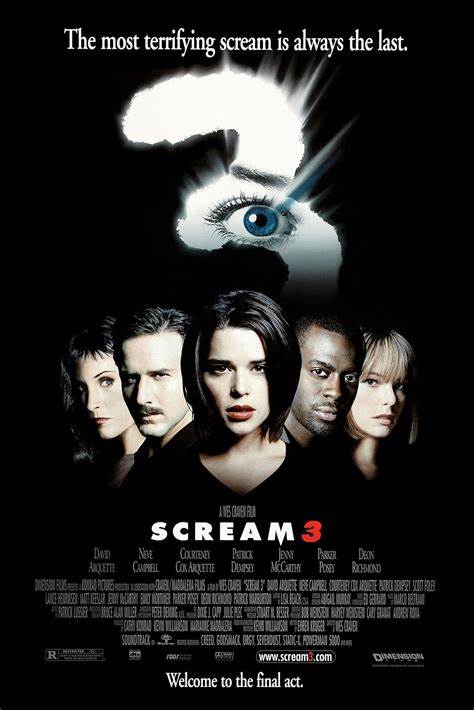